A 5:30am international flight meant a departure from cape may just after midnight. Sure I could have pushed it, but who can sleep before such an adventure anyway? Podcasts and wawa coffee got me through and I made it to the gate before it opened, along with a Mexican couple and soon a family from Guatemala. Just hearing Spanish again got me excited for the journey ahead. But first I would have to contort into a pretzel for a three hour flight to Houston.

The flight couldn’t end fast enough, but once there and after a quick bite, it was all smiles and hugs with the rendezvous of Leica Sport Optics’s marketing manager Jeff Bouton, Israel’s Jonathan Meyrav, and Nina Cheney from Eagle Optics in Middleton Wisconsin, only 15 minutes from my old stomping ground in Madison. Already on the plane was Rob Ripma from Indiana, who has led several tours to Honduras and therefore represents our #1 ringer (or scapegoat, depending on how things go) for the trip.

Whereas I was just trying to form myself into as small a ball as possible on the way to Texas, the second leg has been all reference material: previous trip lists, scouring the Costa Rica field guide (many species overlap both countries and I don’t yet have the Honduras guide), and listening to the Honduran bird playlist put together by Michael O’Brien. So many of the songs brought me back to my months in Costa Rica over a decade ago…so many more just reinforced the nature of tropical birding: diversity is king!!

A lovely Honduran woman sitting next to me indicated she couldn’t read or write when the flight attendant passed around our entrance paperwork to fill out and immediately I was plunged back into the Spanish speaking world with little preparation. How fun it was though to work through addresses, and then the 10 questions that you better answer NO to lest you face the wrath of customs. We got a kick out of the “$10,000.00 or more” declaration question…sí, ¡yo tampoco! In the end I remembered more of my conversational Spanish and she got her paperwork filled out. You’ve gotta have some serious street sense to navigate this world unable to read or write. She had spent the last three months visiting an aunt in Denver Colorado. Too cold for her at her age, she said; but it was beautiful. She’s happy to be going home too.

Next stop, Honduras! Shit…I never did make it to the cash machine in the US!

Almost as soon as we arrived, we were whisked off in a bus headed for the Lodge at Pico Bonito where Elmer gave us an orientation…

…and we settled in for the 3 hour tour…

but had to stop for our new favorite fruit, the Rambutan!

And finally, just before dark, we arrived…

And here we are- after a wonderful dinner at the lodge, watching bats feed on the hummingbird feeders and the moth traps, and after a brief but good look at a Great Potoo, day 1 is coming to a close. I can barely keep my eyes open- and we’ve only just begun!

Stay tuned for more tomorrow. In the meantime, here are a few yet-to-be-named moths from a few minutes at the moth sheet. 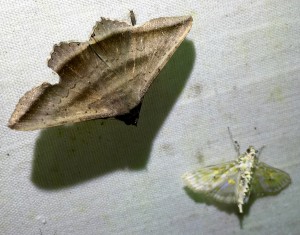 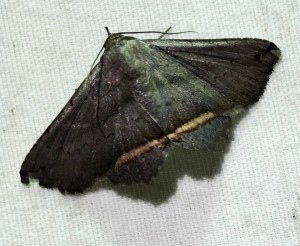 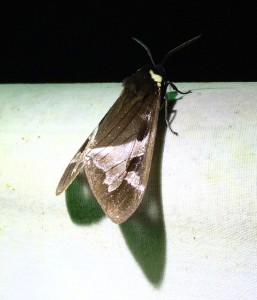 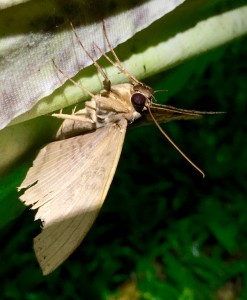 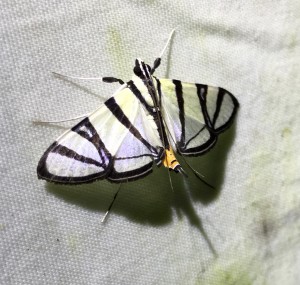 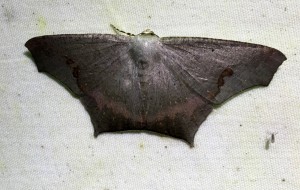